Review of “Don’t Let The Green Grass Fool You”

Back in July, the estimable Mr. Luke Marlowe from England graciously reviewed my book.  This was before this website was up and running, not to mention being regularly updated…ahem… Thank you VERY much Luke for the glowing review.  This was my first unbiased review and my nerves were shot during […] 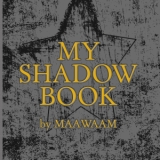 I had the pleasure of writing my first book review for “My Shadow Book by Maawaam” edited by Jordan A. Rothacker for Heavy Feather Review.  It was my first time pitching a book review so when it was accepted I was both exhilarated and terrified…having never done a real book […]

New Vistas from the Inside and Outside

Since nobody in particular laid regular claim to his evenings; no dog, cat, bird or woman, David could stay out as late as he liked should he so choose.  The choice was often made to stay inside.

Dearest mother, Happy New Year!  It’s a brand new year, which means it is time to sweep the old away and welcome in the new with an open door.  I cannot believe how quickly the past year went by, but with all that has happened I am glad […]

A Life Worth Something in the End

1 I see the same bad actors playing the same poorly written roles, going about their lives, day after day.  Unaware.  Unconcerned.  Uncomfortable as it was at first, I got out earlier than most of the others.  There still aren’t many of us.  But we too are unconcerned for one […]

Hello, my name is Jarrod Campbell and this is my first attempt at a website promoting my work. I will be posting new (and old) stories, updates of works in progress, reviews, random thoughts and information regarding upcoming events. Please bear with me as I continue to work on and update this site. Thanks for reading!